Immunity and reproduction two sides of the p53 coin

We argue the case that wide-ranging effects of the TP53 gene can be attributed to immunity, reproduction and cell death. Research has been selected to illustrate the probability that highly conserved elements of this protein have been central to the evolution of converged pathways and cellular systems in humans. Similarly, that innate and adaptive immunity share pathways that are not yet determined.

The relationship between p53 protein in a Natural Killer (NK) and its potentially diseased target arise from an elaborate, ancient, self preservation mechanism that can trace common lineage to replication in the earliest species of jawless invertebrate colonies. Individual colonies reproduce asexually, but individuals from two colonies first allorecognize their compatibility via their contacted ampullae and two individual immune reactions that determines the level of fusion or rejection. Every gene has two alleles, when two colonies share one or both FuHC alleles, they will fuse, whereas rejection occurs if no alleles are in common.

Jawless invertebrates like the “Sea Squirt” branched to jawed vertebrates, ultimately humans. In the the periodontal ligament of human jaws, between tooth and the jaw-bone Gingival fibroblasts co-mingle with cells of the immune system including innate NK cells. 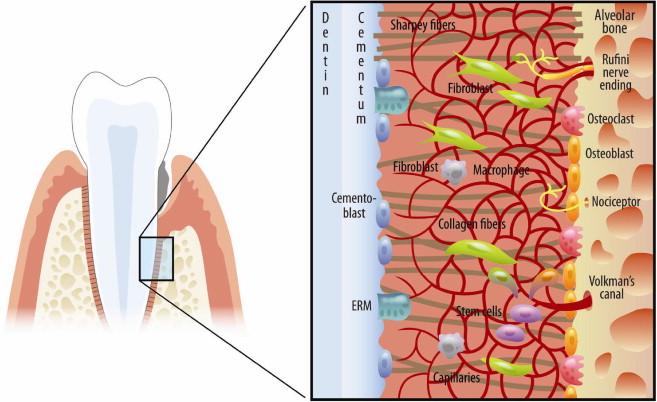 In experiments it was discovered these immune system cells are sustained for extended periods especially in the presence of Gingival Fibroblasts (GF's). These mucosal fibroblasts of the periodontal ligament may be the primary source of mature-licensed NK cells in circulation perhaps a remnant from zooids and the tunic of tunicates like the “Sea Squirt”.

In mammals, NK cells are large, granular lymphocytes that recognize MHC class I molecules on target cells via inhibitory NK cell receptors. After binding a target ligand the NK receptors can transmit an inhibitory signal that cancels a program for cytotoxic action previously triggered by contact with the target cell.

In vertebrates CD94 is one of the markers for NK cells that binds to MHC class I molecules that have also been implicated in sexual selection in humans. NK cell lineage has been traced through the CD94 family of receptors to Urochordates (like the Sea Squirt) where transplant immunity was described after tests conducted for immune resistance between colonies. It was shown that the gene, BsCD94-1, is differentially regulated during allorecognition and that a subpopulation of blood cells carries the corresponding receptor on its cell surface. Analysis of DNA from individual colonies and intronless BsCD94-1 probe revealed variation between individuals at the genomic level.

In Zebrafish, during reproduction p53 is central to the reversal of sex through apoptosis that kills one line of germ cells to yield either ovary or testes. The p53 pathway members have been investigated extensively in jawed vertebrates, and found that genes for all three Tp53 family members as well as Mdm2 and Mdm4 were present in the common ancestors. Homologs of all members of the p53 family as well as the negative regulators Mdm2 and Mdm4 are present in the Japanese lamprey (image right). Functional studies showed that sequence conservation was reflected in biochemical activity and the ability of lamprey-Mdm2 protein to function as a very effective E3 ubiquitin ligase (that degrades p53) in mouse cells.

Of the dozens of phospho-acceptor sites reported on p53 only three (Ser15, Thr18, Ser20) are highly conserved between humans and urochordates, the latter being where a bona-fide p53-MDM2 axis has appeared in evolution. Especially striking is the conservation of primary amino acid homology in the p53 transactivation domain between the invertebrate Sea Squirt and humans, indicating that as yet undefined evolutionary selection pressures have maintained this amino acid sequence at least since this Urochordate lineage.

Data strongly suggests that the p53 pathway plays an important role in human fertility. Identifying higher risk polymorphisms for pregnancy failure could provide patients with more accurate predictions of their IVF success rates. In humans, functional SNPs have been identified in both p53 and its negative regulator, Mdm2, which can alter the levels or function of p53. Interestingly, it appears that these SNPs (the p53 R72 allele and the G allele in Mdm2) are under evolutionary positive selection pressure in Caucasian and Asian populations.

The p53-mdm2 axis is implicated in Natural Killer cell neoplasms, which occur in mucosal sites. This is a rare but aggressive form of cancer of NK cells. These cells express high levels of mdm2 (an E3 ubiquitin ligase) that is highly effective degrading p53 and is presumed to be primarily responsible for a reduction in p53 levels. Alternatively PIDD-induced Caspase-2 directly cleaves Mdm2 at Asp 367, leading to loss of the C-terminal RING domain responsible for p53 ubiquitination. As a consequence, N-terminally truncated Mdm2 binds p53 and promotes its stability. Upon DNA damage, p53 induction of the Caspase-2-PIDDosome creates a positive feedback loop that inhibits Mdm2 and reinforces p53 stability and activity, contributing to cell survival and drug resistance.

In addition to regulating NK cell ligand expression, genetic reactivation of p53 in tumors can also induce a wide array of pro-inflammatory mediators ranging from adhesion receptor (ICAM-1) expression [ligand for LFA-1] to the production of various chemokines (CXCL11 and monocyte chemoattractant protein-1) and cytokines (interleukin-15). Furthermore, recent studies in anti-viral immunity indicate that several interferon-inducible genes and Toll-like receptor-3 expression are direct transcriptional targets of p53 and that p53 contributes to production of type I interferon by virally infected cells.

Gingival fibroblasts, present in the alveolar bone-lining mucosa (i.e., the gingiva), are thought to play a role in the recruitment of immune cells toward the inflamed periodontium. There is extensive literature suggesting that monocytes can differentiate into pre-osteoclasts and eventually fuse into multinucleated bone-resorbing osteoclasts. The role of GF's in osteoclastogenesis was shown by in vitro cocultures of GFs with peripheral blood mononuclear cells (PBMCs), where osteoclast-like cells formed after 21 days. Cell–cell contact between gingival or periodontal ligament (PDL) fibroblasts from the periodontium and osteoclast precursors is required for osteoclastogenesis. We hypothesized that GF's play a role in the retention, survival, and proliferation of lymphocytes. Our findings show that GF's support the retention and survival of T, B, and NK cells by LFA-1 expression [that binds to ICAM-1]. Importantly, expression did not differ over time, which indicates that it is a process, which is initiated before 14 days and stays constant after 21 days, explaining the survival and retention of lymphocytes in GF cocultures.

Incidentally it has been shown that phagocytosis in coral reef immunity is linked to Cdc42, a gene responsible for cell cycle regulation and division. Data also demonstrates a previously uncharacterized role for p53 in regulating Cdc42-dependent cell effects that control actin cytoskeletal dynamics and cell movement.

Image (A,B,C) illustrates the immune reaction at touching tips of ampullae of jawless invertebrates. It resembles immune response between NK and its target including the formation of immune synapse and granularization. The synapse, allorecognition and transfer of cells also echoes the origin of sexual reproduction between fusing individuals.

An explanation is applicable to the tumor suppressor gene p53, which has conflicting roles on the induction of autophagy (and subsequent cell death) depending on its location in the nucleus or cytoplasm. Similar to toxin-antitoxin systems in bacteria, some have questioned whether p53 would be better characterized as a cell-death or a cell-survival gene. After initial contact it is proposed that a NK cell would determine its targets’ ultimate fate through receptor mediated exosomes containing miRNA samples that induce p53 isoforms to confirm non-self. The p53 pathway regulates the production of exosomes into the medium and these vesicles can communicate with adjacent cells and even cells of the immune system. Such an important mechanism could have productive or devastating effects.

The features of a lymphoblastoid natural killer (NK)-cell lymphoma presenting in the skin in a young caucasian woman are described. The disease behaved aggressively, but long-lasting remission was obtained by combination chemotherapy followed by autologous bone marrow transplantation. The blastoid cells were positive for terminal deoxynucleotidyl transferase, CD34, CD56 and CD4. Furthermore, the NK-cell receptor complex CD94/NKG2 was strongly expressed. Molecular analysis showed no abnormalities of the CDKN2A (p16), CDKN2B (p15) or TNFRSF6 (Fas) genes. By contrast, a 34-bp deletion in exon 7 of the TP53 (p53) gene was detected. It is suggested that lymphoblastoid NK-cell lymphoma, which is a rare but distinctive disease, originates from NK cell precursors and may be associated with and possibly caused by alterations in the TP53 gene.

In one patient the same intronic point mutation was found in the tumor cell line derived from a bone marrow metastasis and in multiple liver metastases but not in normal DNA, indicating that it occurred as a somatic event before the development of these metastases. These findings further support the role of inactivation of the p53 gene in the pathogenesis of lung cancer and indicate the role of intronic point mutation in this process.

Our objective at Precision Autology is to compute Codondex iScore's on introns and p53 mRNA to identify highly a patient's desirable cells. After coculturing these cells with a patient's NK cells, sufficient maturity for immune response is expected to be achieved. On reintroduction to the patient,  NK rejection of unrecognized tumor cells is expected to stimulate a Dendrite led immune cascade. The precise sequence of events follows from initial cell selection and immune education that cascades to a full and appropriate immune response.
Posted by Kevin Bermeister at 11:10 PM No comments: