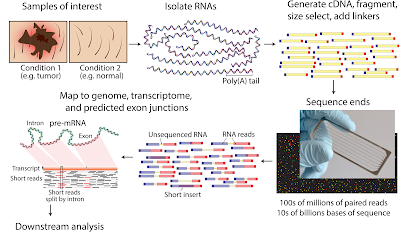 Because various concentrations of repeatedly transcribed DNA sequences will exist as RNA in the cell at various times, this is an exhaustive model against which a single gene-cell potential state can be computed. Measuring and sequencing gene-cell cytoplasmic RNA concentrations and comparing them to the gene-cell potential state provides a comparative. Using this as a diagnostic may be a sensitive measure to associate non-coding DNA-RNA states with diseases.
Posted by Kevin Bermeister at 8:07 PM No comments: