Natural Killers at the Neuro-Immune Axis! 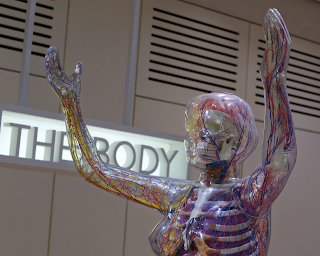 Much has been said about the role Natural Killer (NK) cells play in positively and negatively influencing events in tissues and cells. Summarized facts about the healthy state of NK cells in humans and animals explain how innate immune cells, including NK cells differ from adaptive immune cells. One significant feature of NK cells is that they can act independently of MHC antigen presentations and that makes them tantalizing, but enormously challenging for scientists seeking to embrace their  influence over cells and their killing capabilities.

The variety and combination of inhibitory and activating receptors differentially expressed by as many as 30,000 human NK cell subsets makes heterogeneity difficult to relate across different conditions, organs and tissue types. Notwithstanding, positive rates of overall patient survival resoundingly corelated to the presence of as few as one NK cell infiltrating a tumor in a microscopic field.

Innate immune cells including NK and macrophages have also been directly tied to conditions of neurological pain and more specifically to afferent and efferent fibers that signal through the vagus nerve. In these models at the immune-neurological interface similarities exists and both organs must interact for proper function.

In each of these organs communication is mediated by direct cellular contact eg. synapse formation and via soluble mediators like cytokines or neurotransmitters that also communicate bi-directionally between cells of each system. The nervous and immune systems can influence each other’s activity because immune cells express neurotransmitter receptors, and neurons express cytokine receptors. Immune cells can synthesize and release neurotransmitters themselves, thus using neurotransmitter-mediated pathways via autocrine and paracrine mechanisms. This may indicate that NK cells extend nerve end signaling further into tissues and at a cellular level.

A recent paradigm in physiology describes the existence of neuro-immune cell units, at an organ-tissue level and identifies the enormous complexity inherent in this globally unifying approach that also connects neuro-immune-gut, at least in Parkinson's disease.

Parkinson’s is a brain disorder where certain nerve cells slowly die and symptoms worsen. The risk of developing the condition increases with age, but in certain patients the illness is caused by defects in two proteins, PINK1 and parkin. NK cells are capable of homing to the central nervous system in neurological disorders that exhibit exacerbated inflammation and inhibit hyperactivated microglia. Recently, a study demonstrated that NK cells scavenge alpha-synuclein aggregates and systemic depletion of NK cells results in exacerbated neuropathology in a mouse model of alpha-synucleinopathy, making NK cells highly relevant in Parkinson’s disease.

We recently described a mechanism by which the sentinel state of NK cells is impaired and suggested the senescent phenotype, induced by age related mitophagy could be the primary cause. Increase in mitophagy (mitochondrial autophagy) is age-dependent and abrogated by PINK1 or parkin deficiency suggesting, in Parkinson's disease compromised mitophagy is associated with neurological degeneration. Further  PINK1 and Parkin, which are regulated by p53 specifically repress mitochondrial antigen presentation of both MHC classes. Therefore, excessive PINK1 or parkin increases rates of NK cell mitophagy and repress the presentation of mitochondrial antigens for MHC classes at the axis of this neuro-immune related disease.

The healthy state of NK cells at the axis of neuro-immune systems may indeed have more far reaching implications for the future of human diseases and therapies.

Posted by Kevin Bermeister at 5:03 PM