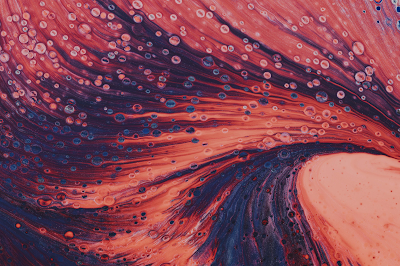 L1 are a class of transposable DNA elements found in 17% of the genome that are evolutionarily associated with primitive viral origins. Around 100 have retained the ability to retrotranspose. Without restraint they can interrupt the genome through insertions, deletions, rearrangements, and copy number variations. L1 activity has contributed to instability and evolution of genomes, and is tightly regulated by DNA methylation, histone modifications, and piRNA. They can further impact genome variation by mispairing and unequal crossing-over during meiosis due to its repetitive DNA sequences. Indeed, meiotic double-strand breaks are the proximal trigger for retrotransposon eruptions as highlighted in animals lacking p53.

189 gastrointestinal cancer patients across three cancer types: 95 stomach, colorectal esophageal were examined for any aberration in DNA repair pathways that could be associated with L1 retro-transposition. Out of 15 DNA repair pathways, only the TP53 repair pathway showed a significant association. L1 retro-transposition is inversely correlated with expression of immunologic response genes including interferons. Frequent TP53 mutations in tumors with a higher load of L1 insertions suggest the critical role of TP53 in restricting retrotransposons as a guardian of L1 expression and cancer immunity.

A screen of 172 open reading frames (orfs), of unknown genetic function across several human viruses was designed to discover novel interactions with p53. The orfs encoded viral proteins, miRNA's and lncRNA's. The ORFEOME project was based on the hypothesis that every virus should encode some functions that interfere with the p53 signaling network. The methods present a broad net by screening for interactions without necessarily defining how interactions arise.

The DNA damage response (DDR) pathway stabilizes p53 leading to increased nuclear relocation, binding to p53 response elements, rearrangement of chromatin and transcription of p53 target genes. Any of the multiple p53 related interactions along the way is a potential target of translated viral proteins on the function of p53.

p53 is also induced in response to viral infections as a downstream transcriptional target of type I interferon (IFN) signaling. Cells with functional p53 exhibited markedly decreased viral replication early after infection. This early inhibition of viral replication was mediated both in vitro and in vivo by a p53-dependent enhancement of IFN signaling by the induction of genes containing IFN-stimulated response elements. p53 also contributed to an increase in IFN release from infected cells. This p53-dependent enhancement of IFN signaling is dependent to a great extent on p53 activation and transcription of IFN regulatory factor 9, a central component of the IFN-stimulated gene factor 3 complex. Thus p53 contributes to innate immunity by enhancing IFN-dependent antiviral activity independent of its functions as a proapoptotic and tumor suppressor gene.

p53 likely cooperates with histone and DNA methylation to silence specific retroelements. In the zebrafish model, it was shown that p53-dependent H3K9me3 methylation, in the promoter region of a synthetic human LINE1 element mapped to a known p53-binding site. Some evidence in human cell lines suggests that p53 can physically interact with both H3K9 tri-methyltransferases and DNA methyltransferases. In basal stress-free conditions, unacetylated p53 is pre-bound to many target genes together with SET - a repressor protein, which mediates repression of p53 target genes. Additionally, p53 as a master regulator of transcription might regulate gene expression of key epigenetic or piRNA factors.

Through L1's we get a sense of p53's interconnectedness to DNA damage, viral replication, cancer and immunity. In a way we can sympathize with it, especially when overloaded by viral infiltration and eruption. Its understandable how, under those conditions double stranded DNA breaks and pathway impediments compromise its ability to be guardian of the genome!

Posted by Kevin Bermeister at 7:58 PM